As has been mentioned on this website and elsewhere, while Australia’s private investment in automation – placed 35th in the world based on the number of industrial robots per 10,000 workers – could be better, the nation has some fantastic researchers in the field.

One positive development last week was news that Silicon Valley headquartered RIOS Intelligent Machines has just established an R&D center in Brisbane. The firm came out of stealth mode in 2020, was founded by Xerox PARC engineers, and has developed “AI-powered robotic workcells ”for factory and logistics settings.

Their reasons for an Australian presence? The strength of Australian university talent pursuing robotics R&D – and business partnerships with Queensland University of Technology and Australian National University – plus the unrealized industrial potential here. 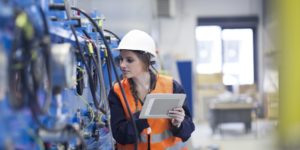 “When we look at where we want to be in, let’s say, a one-year timeframe, there are certain technology platforms that we want to develop, and we found that Australian universities are actually developing a lot of those. So we want to collaborate and be able to get that out of the lab, ”Dr Bernard Casse, CEO and co-founder at RIOS, tells @AuManufacturing.

“Second… the Australian market is really fertile ground. That means right now they are also feeling the pain of labor shortages and labor turnover, and there are not a lot of solutions out there. It’s really fertile ground. There’s a potential for us to actually make money, and the funding here gets us early access into the Australian market. If we have the access we can actually start owning this market. ”

According to RIOS, the company is growing strongly and has over a dozen customers in the US and Japan. It offers a “robots-as-a-service ”business model for its“ boxes ”, which come with innovations in haptic intelligence and tactile sensors enabling precise manipulation.

The company’s website lists five types of solutions offered, including for food handling, quality control and machine tending. Customers pay a subscription fee, and offload the problems of maintenance, reprogramming and software updates.

According to Casse, charging no upfront cost to customers makes robotic automation much more within the reach of small and medium-sized enterprises.

“Today if you go to any customer and ask them, ‘do you have a million bucks to pay for this machine? The answer would usually be ‘no, not really,’ ”he says.

“And if you say, ‘well, if you don’t have to pay any upfront capital cost, can you pay as a minimum wage for that, whether it’s 20 bucks or 15 – pick a number that corresponds to the minimum wage. Most people will say, ‘yes.’ ”

The choice of Brisbane’s ARM Hub for local R&D seems straightforward. Among other strengths, the city is home to CSIRO’s Data61 – which won silver at the DARPA Subterranean Challenge Final Event (the “Robot Olympics”) last year – as well as QUT and the University of Queensland.

The news came alongside a $ 28 million Series A raise announcement by the company, led by CSIRO venture arm, Main Sequence. Main Sequence partner Mike Zimmerman gets a seat at RIOS’s boardroom table.

Casse mentions Professor Peter Corke and his group at QUT as research collaborators. Corke is an award-winning educatorhas been involved in a long list of projects with industrial as well as scientific impact at QUT and CSIRO, and headed the Australian Center for Robotic Vision. The ACRV, an ARC Center of Excellence that ran from 2014 to 2020, produced the winning team in the 2017 Amazon Picking Challenge and many other achievements. 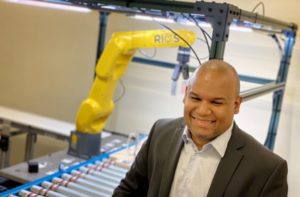 “When we look at where we want to be in, let’s say, a one-year timeframe, there are certain technology platforms that we want to develop, and we found that Australian universities are actually developing a lot of those.” – Dr. Bernard Casse (Picture: Morpheus Ventures)

The link with Main Sequence came about via LA-headquartered Morpheus Ventures, which has Australians in its leadership team.

“They’ve been looking at various robotics start-ups for a while,” says Casse of Main Sequence.

“They hadn’t found the perfect one. And then once we started talking about what we do, our business model and the way we approach things, well, that made a lot of sense to them. ”

Casse adds that Main Sequence’s connections with Australian universities as well as businesses will be valuable, before mentioning an unnamed industrialist interested in RIOS’s cells.

Readers are free to speculate on the businessman’s identity and where any potential investment might be made.

“They actually made some intros to a billionaire. I’m not going to throw out any names right now [but] we are actually in discussion, ”he shares.

“But they introduced us to a billionaire who owns businesses in Australia, and was really interested in getting robots into his factory.”

Brent is a co-founder and editor of @AuManufacturing.