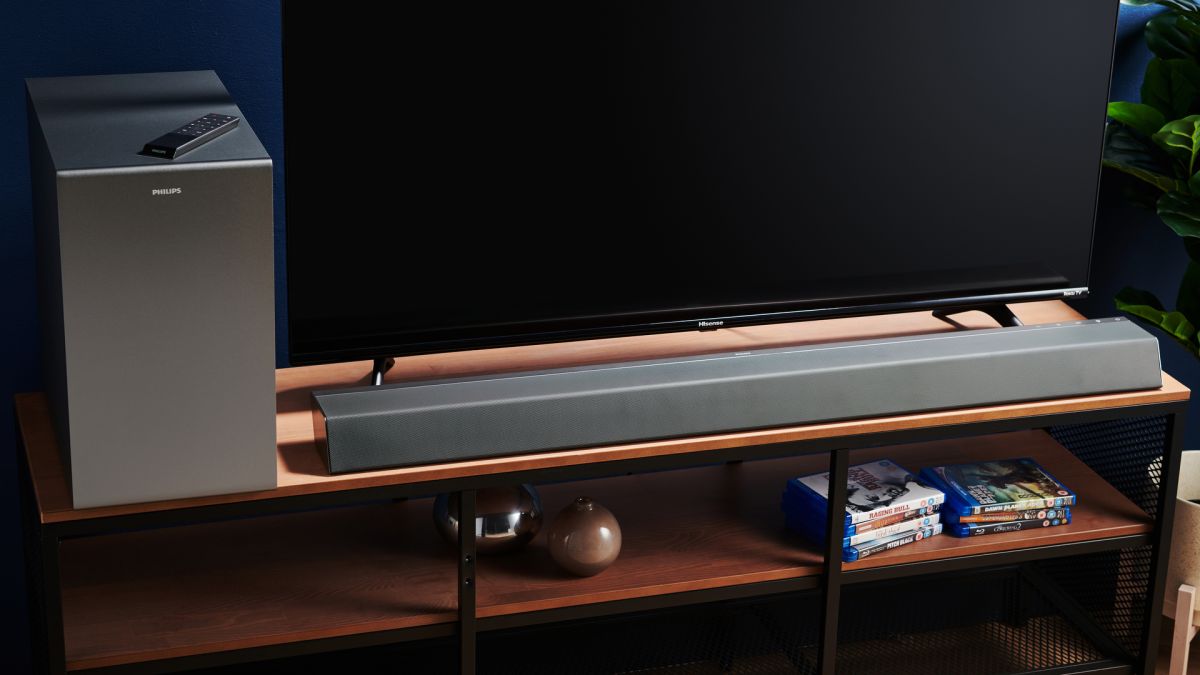 In the last few years, we’ve seen high-end features from the best soundbars steadily trickle down into cheaper models, and one of the most important is Dolby Atmos. When done correctly, this audio format adds precise positioning to sounds so they match the action on-screen, and even height, so some sounds come from above you.

Most cheaper or mid-range soundbars that include Dolby Atmos don’t include actual upfiring speakers, or a limited number of side-angled speakers, which means they can give a wide and tall sound, but it doesn’t really sound like it’s coming from the ceiling, or far beyond the edges of the screen. That’s true of the Sony HT-G700 and Sonos Beam (2nd Gen) for example, which are among the best Dolby Atmos bars in the mid price range.

Well, I just tried the Philips TAB8905 soundbar, which at the time of writing can be bought for $349 / £369 – that’s lower than either of those two I mentioned, yet it’s packed with eight individual speakers (including two upfiring drivers), plus a wireless subwoofer.

And it works. I’ve never heard better Dolby Atmos effects from something at this price. Not even close. I just finished reviewing the Samsung HW-S800B soundbar, which is twice the price, and the Philips TAB8905’s Dolby Atmos width and height are close to what that manages.

When something is supposed to be above you, it sounds like it’s right on the ceiling. This is what soundbars without real upfiring speakers (and, actually, some that do have them) struggle to nail, but you get it here. Something flying left to right on the screen really has that sense of movement following the visible position in the movie.

It also sounds good with much more standard, non-Dolby Atmos fare – voices are clear in sitcoms, for example.

But lots of soundbars offer that. The thing that blew me away about this was the extra scale to the Dolby Atmos sound over anything else in the price range… and it’s not even finished impressing.

This soundbar has two – two! – HDMI inputs, as well as its connection to the TV, so it actually adds ports to your TV. They can both pass 4K HDR video to your TV, including HDR10+ and Dolby Vision.

There’s also incredible wireless streaming support, with AirPlay 2, Chromecast, Spotify Connect and DTS Play:Fi all here. It can also be controlled with Alexa and Google Assistant.

I still need to complete our full review, with an even broader range of movies, and testing the deeper ins and outs of its sound modes and music playback, and so on.

But based on my time with it so far, if you’re looking for a Dolby Atmos soundbar that gives you the kind of scale that the likes of the Sonos Arc are known for, but can’t stretch to that kind of budget, it looks very hard to beat.

The only thing to know is that it’s big – you’ll need a 55-inch TV or above, otherwise it’ll be wider than your set. The subwoofer is pretty chunky too. But that seems like a fair trade-off for getting this much spatial sound for this little money.