When it comes to the rollout of robotics, the UK has some catching up to do compared to other nations. Nigel Platt, ABB’s General Manager – Robotics and Automation UK and Ireland, explains why.

Far from stifling innovation and setting back forward-thinking strategies, the tumultuous events of the last 18 months have in fact accelerated the rollout of new technology, as companies seek to address the impact of the COVID-19 pandemic and protect against future workforce shortages.

A survey of 250 UK SMEs and large manufacturing companies, carried out by ABB Robotics towards the end of last year, revealed a change in attitudes towards robotic automation, with 81.2% of companies surveyed saying that they are considering an investment in robots because of recent events.

For most manufacturers the pandemic has been game-changing due to the impact of repeated lockdowns, restrictions placed on workforce availability due to staff sickness, and strict social distancing measures on the factory floor, which have reduced production capacity. Therefore, interest in robotics and automation has increased exponentially, and nearly half of the manufacturing businesses surveyed stated that they have plans to invest in robotic automation within the next five years.

And, as the benefits of automation become even more ubiquitous and UK manufacturers better prepare themselves against future uncertainties, it seems the UK looks set to press the automation accelerator into earnest in the next few years. However, it is also true that the UK will be starting from a few rows back on the grid, currently sitting some way behind other nations when it comes to robotic rollouts. 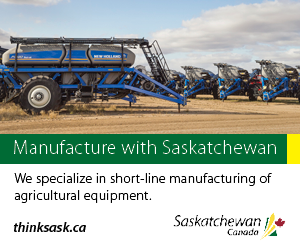 In the previous issue of The Manufacturer my colleague Jonny Williamson highlighted the UK’s “glacial” pace of progress when it comes to automation, and the fact that we currently rank 24th in the world when it comes to the number of robots installed per 10,000 employees, with a density of 101 units – the only G7 country with a robot density below the world average (incidentally the country in first place, South Korea, has 932). We caught up with Nigel Platt, ABB’s General Manager – Robotics and Automation UK and Ireland, to find out the reasonhttps: //global.abb/group/ens behind the UK’s current position.

What factors have created the current landscape in the UK?

NP: At the core, the type of manufacturing the UK has nurtured and retained in more recent decades is perhaps not a natural bedfellow with automation (in the same way it has been in other countries). The emphasis for the UK during that period moved away from mainstream volume, and towards high value manufacturing. The upshot was that low value manufacturing, and manufacturing perceived to be too difficult to put in enough value add to be worth retaining, got offshored to low-cost countries.

Of course, at the time there were legitimate and financially sound reasons to move manufacturing to locations where employment was cheaper, but once there, those new markets eventually reached a level of maturity where automation was rolled out as part of the manufacturing process. And so, products that were relocated away from the UK, were the ones that ultimately suited high levels of automation.

We gave that away, and now it’s up to us to support SMEs and smaller businesses to start investing in automation, which will act as a catalyst for reshoring right across the entire manufacturing sector – from food through to pharmaceuticals and plastic / metal products. It is now acknowledged that robotics is no cheaper to deploy in a traditionally ‘low-cost’ country, (in fact it’s often more expensive because of the skill sets required).

So now we can use automation to make UK manufacturing more attractive. And of course, the issue of sustainability has given us a chance to complement the argument for embracing automation in the UK and produce products closer to the intended market / demand. We’ve reached an inflection point. And I think we’re going to see huge growth in the UK for products that are suitable for higher levels of automation, and those will start to level the playing field in the coming years, while also coming under the banner of being more environmentally friendly .

Are there unique barriers to automation in the UK?

If you look at the history of why we’ve fallen behind in robotics, the UK undoubtedly has a make-do-and-mend philosophy which is perhaps not prevalent elsewhere. It’s not unusual to enter a manufacturing site and be proudly shown a piece of equipment which has been installed and running since the 1940s. To keep an aging piece of equipment operational (perhaps beyond its natural lifecycle), carries some kudos in the UK and is perhaps seen as an achievement over making an investment in more modern equipment – a view that has certainly been to the detriment of automation technologies .

Combined with that, we also tend to have quite a short-term vision on value for return on investment (ROI). That has been a thorn in my side for a long time. In the UK, you’ll find that if a manufacturer can’t get an ROI for a piece of capital equipment in typically 12-18 months, then they won’t buy it. However, go to somewhere like Germany, China, Japan or South Korea, and that expectation increases to around four or five years, and in some cases, they’ll accept the ROI to be over the entire lifecycle of the equipment. In addition, automation has traditionally been more acceptable in countries with more severe labor shortages than the UK has experienced in recent decades. Very high growth countries have always accepted automation as being the only route to manufacture, simply because there aren’t the resources to do the job manually.

Take a small country like Singapore (second in the league table for installed robots per 10,000 employees), as an example. There they have two choices – they can either automate, or they can ship a workforce in from locations such as Malaysia – not as simple as it seems, as a workforce in that environment will typically be quite transient and difficult to retain. Singapore is a prime example of where the demand for automation has been driven forward without scaring the working population. It’s never been in their mindset or their psyche because it’s well-known that automation is a key requirement for growth.

Is there still a perception in the UK that robots will steal jobs?

This is an old debate that has long since been proven to be invalid. We can show many cases where investing in robots builds growth, makes businesses more competitive, and therefore satisfies shareholder and employee value. When you automate you also upskill staff and therefore end up with a more skilled workforce, which generally becomes easier to manage.

For lower end, manual tasks, in a dangerous environment, staff (typically middle / low wage), tend to move on quite quickly, and so continuous retraining for these roles is common. So, by investing in automation, you train a higher skilled workforce, achieve better output and a more consistent, higher quality product. Consequently, your workforce retention is much higher, and the savings gleaned as a result can be invested in more technicians and higher level staff on the shop floor.

What impact has the last 18 months had on automation adoption in the UK?

In food manufacturing and processing for example, the nervousness of people coming into contact, and potentially contaminating post-COVID products, was a big wake up call for the industry. Not only did they have to cope with labor shortages post Brexit, and staff being unavailable due to illness from COVID-19, but they also had to recognize that there were challenges in their processes that are quite difficult to manage in a COVID-safe way. .

Therefore, there has been a huge shift in mindset in many food-based businesses. We’ve been talking to this industry for years, but they have never really taken that first step and started to really invest in automation in earnest. However, they’re now starting to do just that, while at the same time, admitting they should’ve started sooner.

Do we need to do more around automation education?

There are some adjustments we could make in the way we train young people. We’re really good at educating in STEM subjects, but there is perhaps room for improvement when it comes to tying that into real world problems. For sure there is still a nervousness around automation in the UK due to a lack of skills. So, we need to plug that gap and get people trained earlier in their career.

An idea that I think is extremely interesting is transforming the apprenticeship levy into a lifelong learning levy. So, people that have worked in manual and traditional industries for the majority of their career, are granted access to apprenticeship style funding, thus offering support for individuals who want to upskill and change their vocation. Currently there just aren’t enough people that understand automation and robotics.

We need more system integrators and businesses that can help people automate their factories as their manufacturing grows. It’s a problem that not only needs an immediate fix now, so that the current skills gap can be filled, but we also need to think long-term and get involved much earlier in the education process – helping young people to really understand manufacturing, and all the elements of the real world that make manufacturing companies successful.

Germany, France and Italy do this very well, and part of that is related to the respect for the craft of engineering and manufacturing as a wealth creator. I think many young people in the UK view manufacturing as merely the process of ‘making stuff’ and, as such, is unattractive as a career.

I find that mind-boggling, because manufacturing is what makes the world go round. We’ve got to have the ear of careers advisors and get in front of schoolchildren much earlier, to change that perception that making things in factories is unglamorous. Within the education system I’ve heard manufacturing and engineering referred to as ‘oily rag crafts’.

That is not how we want the next generation to perceive manufacturing, to say nothing of the imprecision and inaccuracy of that statement. We’re seeing a shift, and there is certainly more acceptance that apprenticeships are a good way to start your career. But as a nation I think we need to work on that, to find a way to turn those vocational training and development opportunities into being more desirable as a career.

– The need for sustainability complements the argument for embracing automation

– We need more people who understand automation and robotics