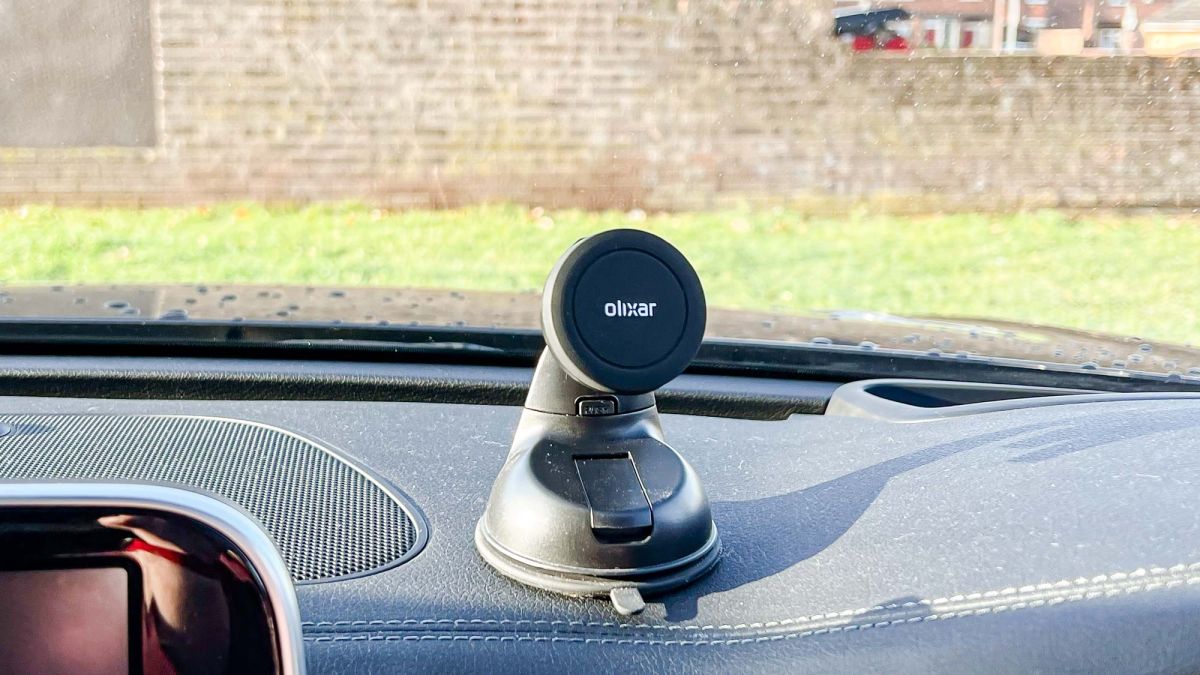 While some car phone holders pack in all kinds of features like wireless charging, or even wired charging cable holders, that isn’t what the Olixar Magnetic Windscreen & Dash Mount is about. Instead, it’s as simple as it can be and sometimes that’s all you need. The mount sticks to your dashboard or window, while your phone sticks to the holder using magnets, and that’s all you need to handle. Priced at just $ 15, it’s hard to go wrong here.

The Olixar Magnetic Windscreen & Dash Mount is available for just $ 15 on Amazon and there might even be a little discount checkbox to be had depending on when you’re buying.

In terms of features, the main thing to note is the magnetic attachment system that makes for easy use. Putting your phone near your holder and having it attach itself will never feel cool, and that’s still the case here. It also means that removing your phone is a simple one-handed operation.

Beyond that, there isn’t an awful lot going on here. Wireless charging isn’t on offer, but at $ 15 that’s no big surprise.

Attaching the new mount to your car windscreen or dashboard is as easy as placing it down and closing the clip on its base. Olixar’s suction cup mechanism attaches with a reassuring clunk, and held on well during my testing.

When it comes to your phone, Olixar ships metal plates that stick to your phone, or its case, and then act as the magnetic attachment mechanism. There’s no MagSafe support here, so even those rocking one of the latest iPhones will need those metal plates.

In use, I found the Olixar Magnetic Windscreen & Dash Mount to do exactly what it claims to do, and admirably. Perhaps more so than you would expect, given its bargain basement price.

I’m not normally a huge fan of these kinds of mounts but there’s no arguing with the results – assuming you’re happy sticking a metal plate to the back of your phone, of course.

Phone holders come in two categories; some are costly, have tons of features and look like something you might expect to see on a spaceship. Others cost considerably less and look much more basic. There are no prizes for guessing which category the Olixar Magnetic Windscreen & Dash Mount falls into, but that’s not intended as a slight.

I was much more impressed with the Olixar Magnetic Windscreen & Dash Mount than I expected it to be, and found few reasons why I wouldn’t recommend it to anyone who wants a cheap mount. Especially if you like the idea of ​​a magnetic attachment without official MagSafe support.