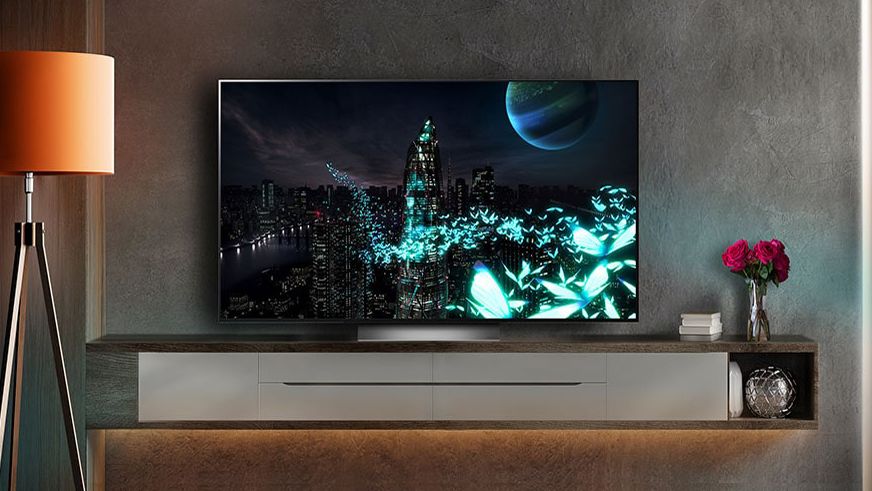 A new way of making OLED screens has just been unveiled by manufacturer Japan Display (via OLED-info (opens in new tab)), and it promises to deliver twice the brightness of current OLED displays thanks to huge improvements in efficiency, which also mean it could be ideal for phones by delivering current brightness levels with much lower power consumption.

Known as eLEAP, the tech also means that the OLED panels would have a longer lifespan, estimated by Japan Display to be three times longer than current models, even at the higher brightness levels.

And best of all, this isn’t some theoretical ‘we did it in a one time lab’ breakthrough. Japan Display says that it’s in talks to start sample production of OLED screens made with eLEAP by the end of 2022, and that it plans to provide the technology to other display makers too.

The technology will work with OLED manufacturing all the way up to the latest 8th-gen facilities, which are coming soon and should mean that the prices of both smaller and larger OLED TVs come down.

eLEAP’s advantage is that it offers a larger ‘aperture ratio’, which is basically how much of the space of each OLED pixel can actually be devoted to the parts that put out light. A larger window for light means more light. You don’t have to pump as much energy in to get high levels of brightness if you have wider light-emitting components.

Analysis: solving many OLED problems at once

The best OLED TVs, such as the LG C2 (pictured at the top) remain massively popular with both buyers and reviewers, thanks to the levels of precision their per-pixel lighting and color control offers.

However, they have some on-going disadvantages: they don’t reach the same levels of brightness as elite LED TVs (which means you see more reflections, and they don’t cut through as well in bright rooms); in order to reach higher brightness levels include an additional white LED, which affects color range a little; they have shorter lifespans than LED TVs; and there’s still the possibility of burn-in, even though this is a very minimal danger with new models, thanks to various techniques used by the manufacturers.

On the face of it, eLEAP looks like it could fix all of these, if it works well. Japan Display is suggesting it could hit double the brightness, which could take it into the same range as higher-end LED TVs. Higher brightness might mean there’s no need for the white pixel, so color range would be improved. Using less power means the tripled lifetime we mentioned above. And using less power also very likely means less heat, and heat is the danger for OLED burn-in – so the panels will likely be less susceptible to it.

We’ve been looking at the QD-OLED technology of the Samsung S95B and Sony A95K as the future of OLED TVs, but if Japan Display’s tech can boost existing OLED designs in an affordable way, we’re about to have a fight on our hands.