Here’s a wild fact I’d never heard: Biofouling on ship hulls increases fuel consumption around 15% on average. The term specifically refers to a build-up of microorganisms and other life. That includes a wide range of different creatures, like algae and barnacles. It’s one of those problems a landlubber such as myself very seldomly encounters.

So, what’s the answer to this silent problem? Robots, obviously.

Neptune Robotics builds systems designed to clean the gunk off the front of ships – sort of a large, vertical, submersible Roomba, if you will. The company has already deployed its technology to a number of ports in its native Hong Kong, as well as spots in China, including Guangzhou, Yantian and Shekou. The system is notable for its ability to navigate murky waters, to make sure its scrubs spots below the surface of the water. The system has thus far been used to clean more than 100 ships.

Today the company announced $ 17.25 million in funding as it rolls out its technology to additional ports in the global top 10. China continues to be the initial focus (based on proximity and the volume of container ships), with plans to grow to a larger footprint. in Asia, followed by Europe and the US Sequoia China led the round, which also featured participation from Matrix Partners China and SOSV.

“We were immediately impressed with their focus and drive to solve emissions in marine logistics – an area often overlooked in the climate tech space,” SOSV’s Duncan Turner said in a release. “Unlike many other climate tech companies, Neptune can immediately make a significant climate impact (and they have already started).”

Among other things, the funding will go towards expanding the company headcount. “We started with three of us in November 2018, grew to 18 in 2020, and now [we’re] at 60, ”co-founder and CEO Elizabeth Chan tells TechCrunch. “Part of the funding will be used to attract engineering talent, industry experts and marine biologists. With a headcount of around 120 in 2023, we are going to extend Neptune’s robotic offerings, expand into more ports and increase the fuel efficiency of our customers in an environmental manner. In order to better serve our customers in the maritime industry, wide port coverage is essential. ” 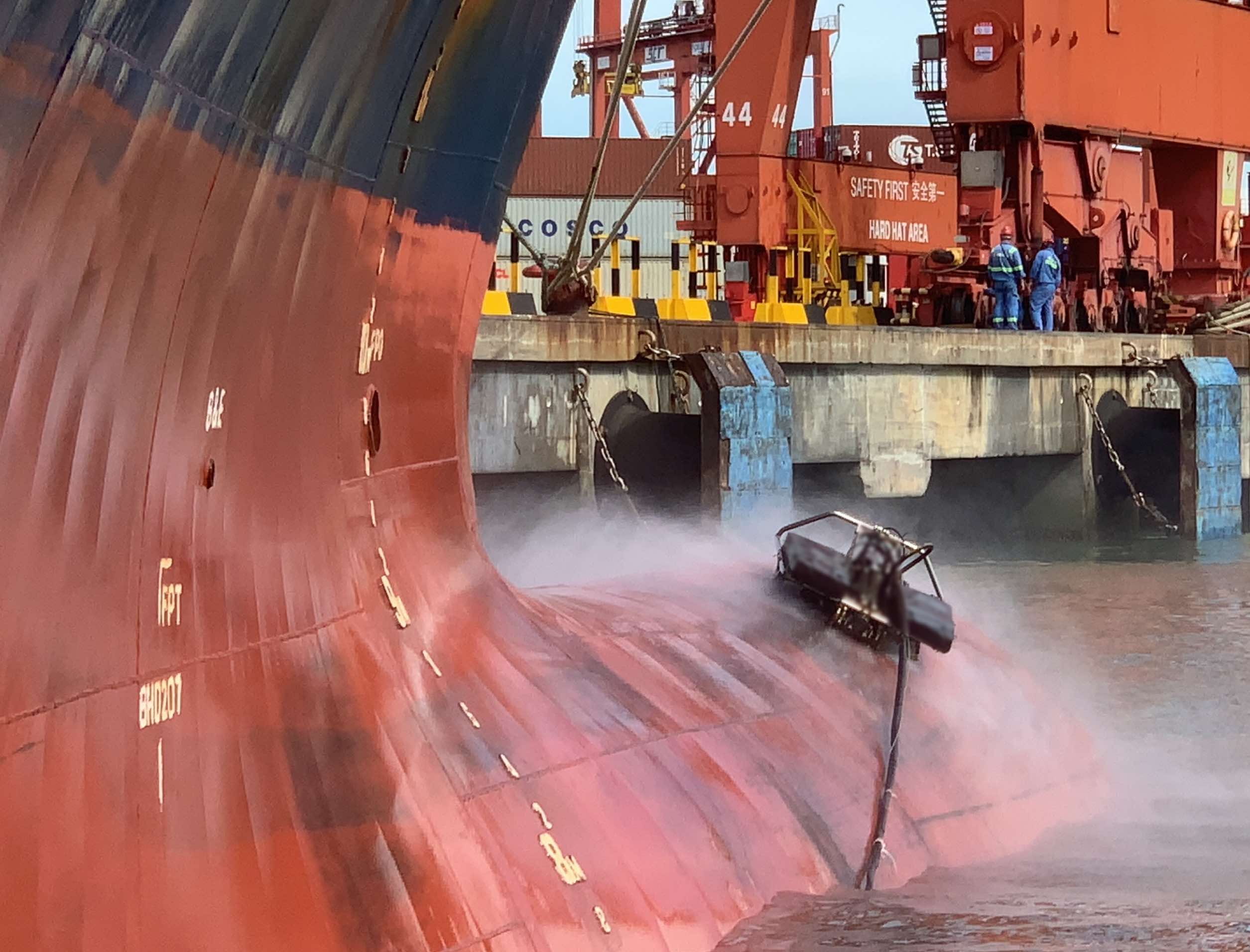 The systems are able to clean the hull both above and below the water, cleaning the surface with a cavitational waterjet system that removes biofouling without damaging the ship’s surface. The company is monetizing the system via an RaaS (robotics-as-a-service) model. It presently requires multiple Neptune employees to be on site for operations.

“Currently while in service, there is a Neptune operation team of four on site, ”says Chan. “They are on site to assist the robot’s semi-automated algorithm, provide live updates to shipowners and conduct operation work for the cleaning system. In 12-16 months, we expect to reduce the figure to one for port operations and two for anchorage operations. ”