Settle manages West Coast operations for Greycroft, a New York firm with $ 1.8 billion in assets under management. She is one of only nine of the top 100 VCs nationally who are women, according to CB Insights.

Mullen is a founding partner of Bonfire Ventures, which closed a $ 100 million second fund in September to continue funding seed business-to-business (B2B) software startups. Mullen has also been an angel investor and is an LP in other funds focusing on other sectors, including MaC VC and BAM Ventures.

Below is the list of the top ranked investors by how many votes each received from their peers. When there was a tie, they appear in alphabetical order according to their last name:

Mark Mullen is a founding partner of Bonfire Ventures. He is also founder and the largest investor in Mull Capital and Double M Partners, LP I and II. A common theme in these funds is a focus on business-to-business media and communications infrastructure.

In the past, Mullen has served as the chief operating officer at the City of Los Angeles’ Economic Office and a senior advisor to former Mayor Villaraigosa, overseeing several of the city’s assets including the Los Angeles International Airport and the Los Angeles Convention Center. Prior to that, he was a partner at Daniels & Associates, a senior banker when the firm sold to RBC Capital Markets in 2007. 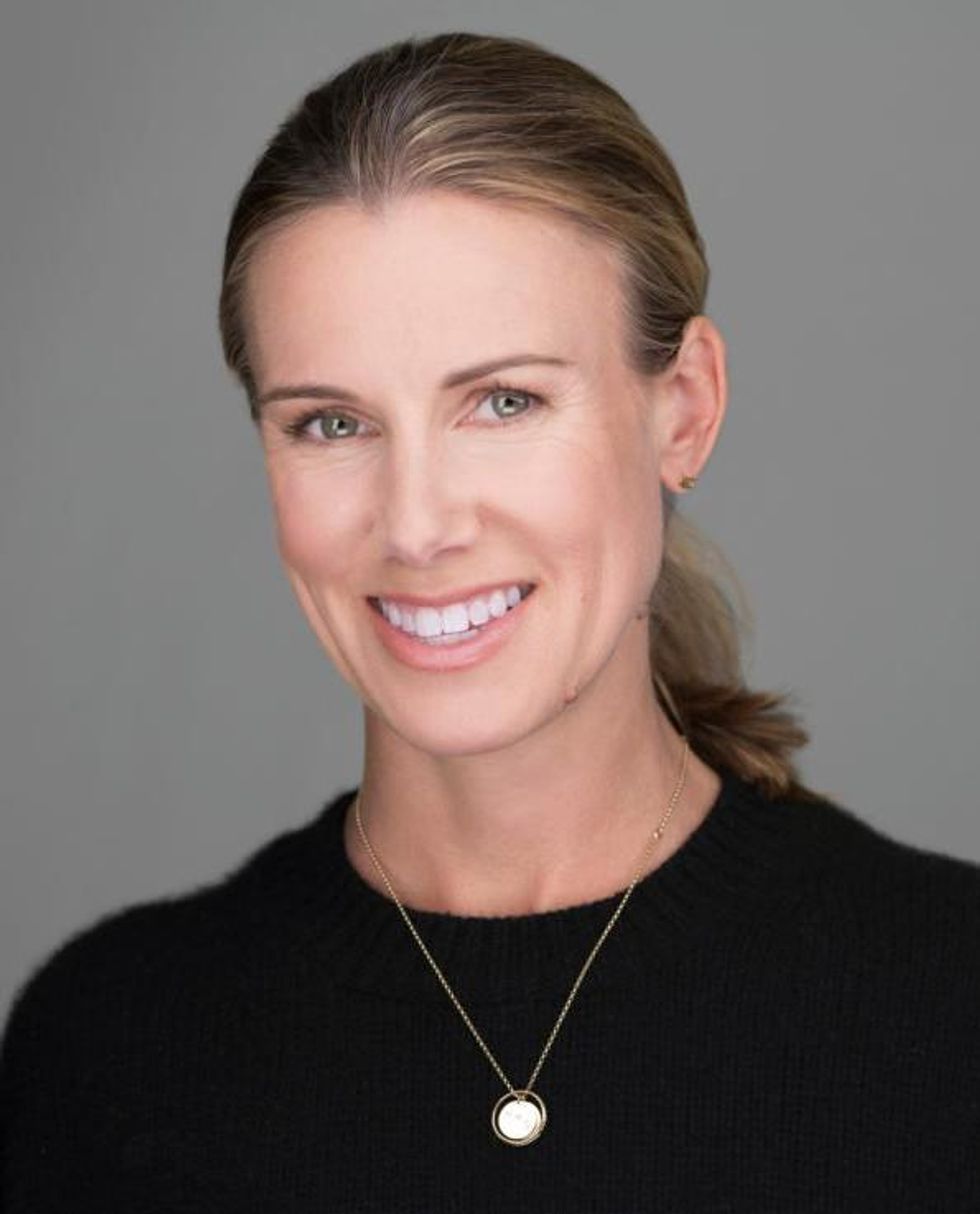 “The real change takes place when female founders build bigger, independent companies, like Stitchfix, TheRealReal,” she said this time last year in an interview with Business Insider. “They’re creating more wealth across their cap tables and the cap tables tend to be more diverse, so that gives more people the opportunity to become an angel investor.” Prior to founding Greycroft, she was a venture capitalist and startup advisor in the Bay Area. 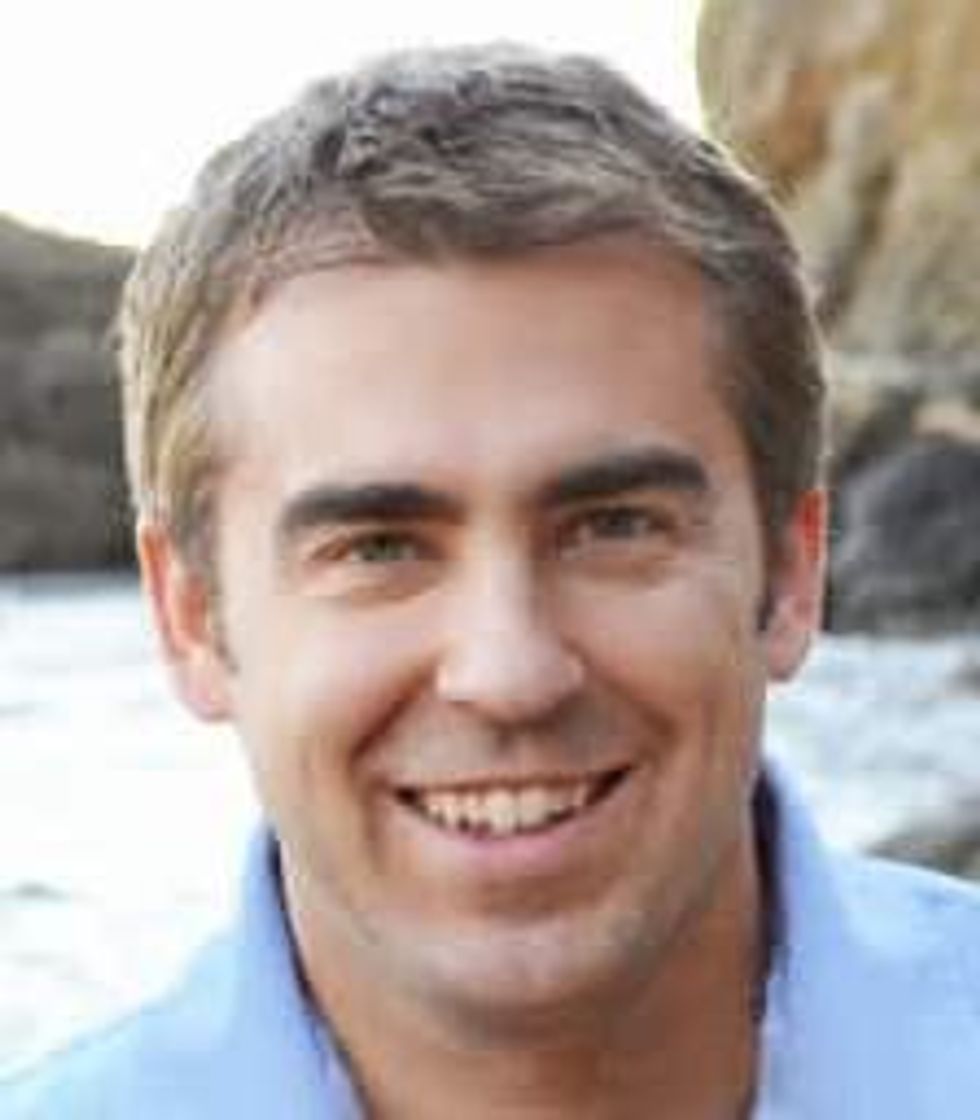 Erik Rannala is a founding partner at Mucker Capital, which he created with William Hsu in 2011. Prior to founding Mucker, Rannala was vice president of global product strategy and development at TripAdvisor and a group manager at eBay, overseeing its premium business features.

“As an investor, I root for startups. It pains me to see great teams and ideas collapse under the pressure that sometimes follows fundraising. If you’ve raised money and you’re not sure what comes next, that’s fine – I don ‘ t always know either, “Rannala wrote in a blog post for Mucker.

Mucker has a portfolio of 61 companies, including Los Angeles-based Honey and Santa Monica-based HMBradley. 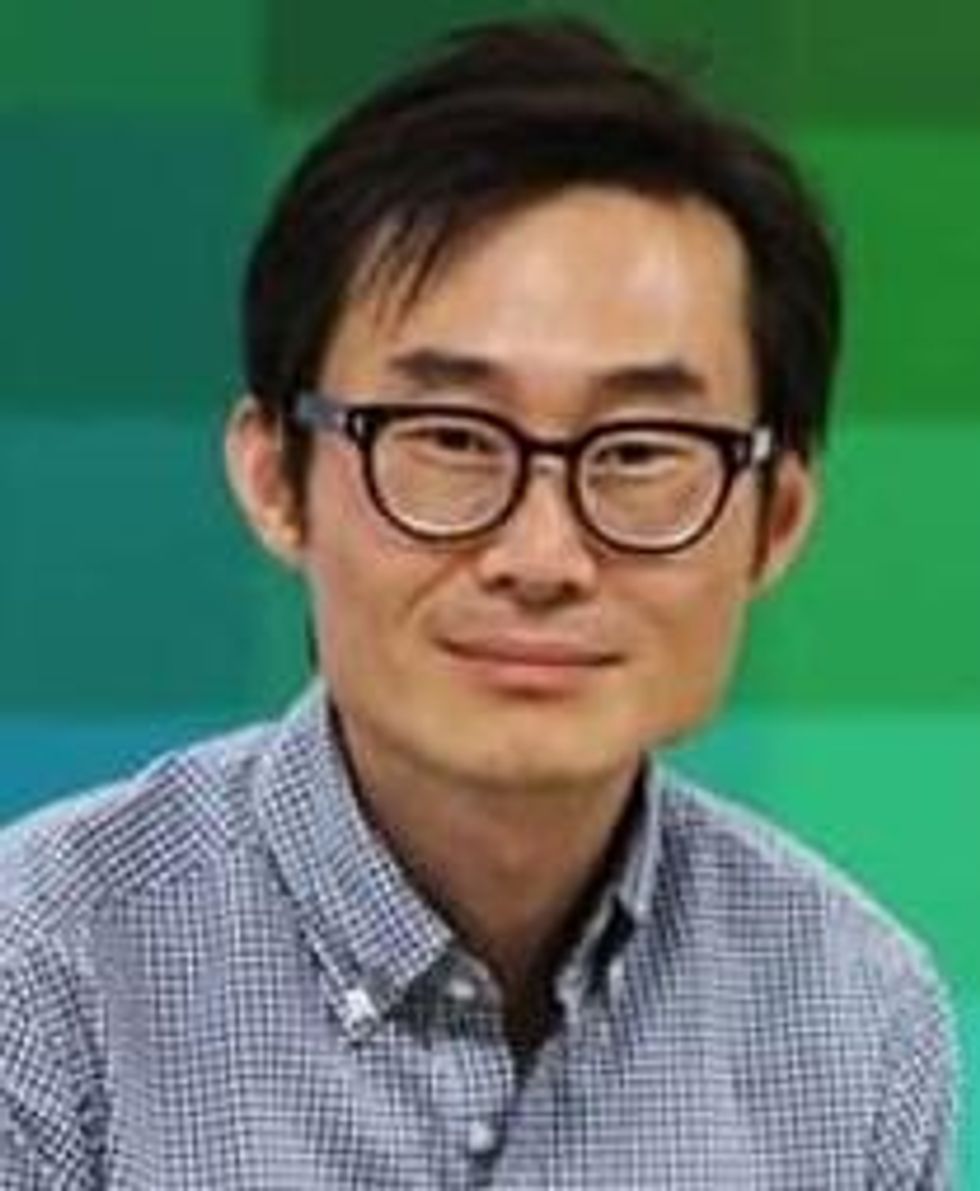 William Hsu is a founding partner at the Santa Monica-based fund Mucker Capital. He started his career as a founder, creating BuildPoint, a provider of workflow management solutions for the commercial construction industry not long after graduating from Stanford.

In an interview with Fast Company, he shared what he learned in the following years, as he led product teams at eBay, Green Dot and Spot Runner, eventually becoming the SVP and Chief Product Officer of At & T Interactive: “Building a company is about hiring correctly, adhering to a timeline, and rigorously valuing opportunity. It’s turning something from inspiration and creative movement into process and rigor. “

These are the values ​​he looks for in founders in addition to creativity. “I like to see the possibility of each and every idea, and being imaginative makes me a passionate investor.” 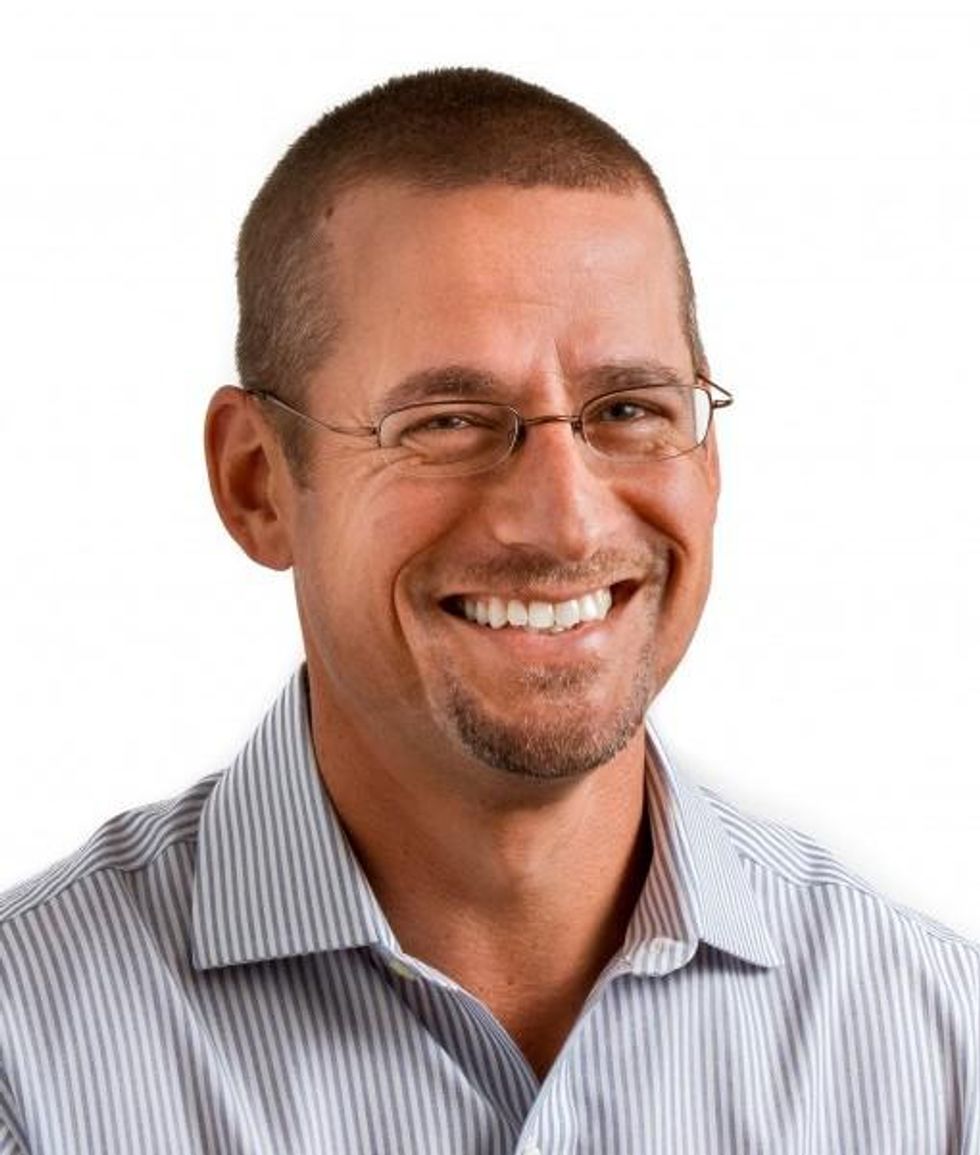 Jim Andelman is a founding partner of Bonfire Ventures, a fund that focuses on seed rounds for business software founders. Andelman has been in venture capital for 20 years, previously founding Rincon Venture Partners and leading software investing at Broadview Capital Partners.

He’s no stranger to enterprise software – he was also a member of the Technology Investment Banking Group at Alex. Brown & Sons and worked at Symmetrix, a consulting firm focusing on technology application for businesses.

In a podcast with LA Venture’s Minnie Ingersoll earlier this year, he spoke on the hesitations people have about choosing to start a company. 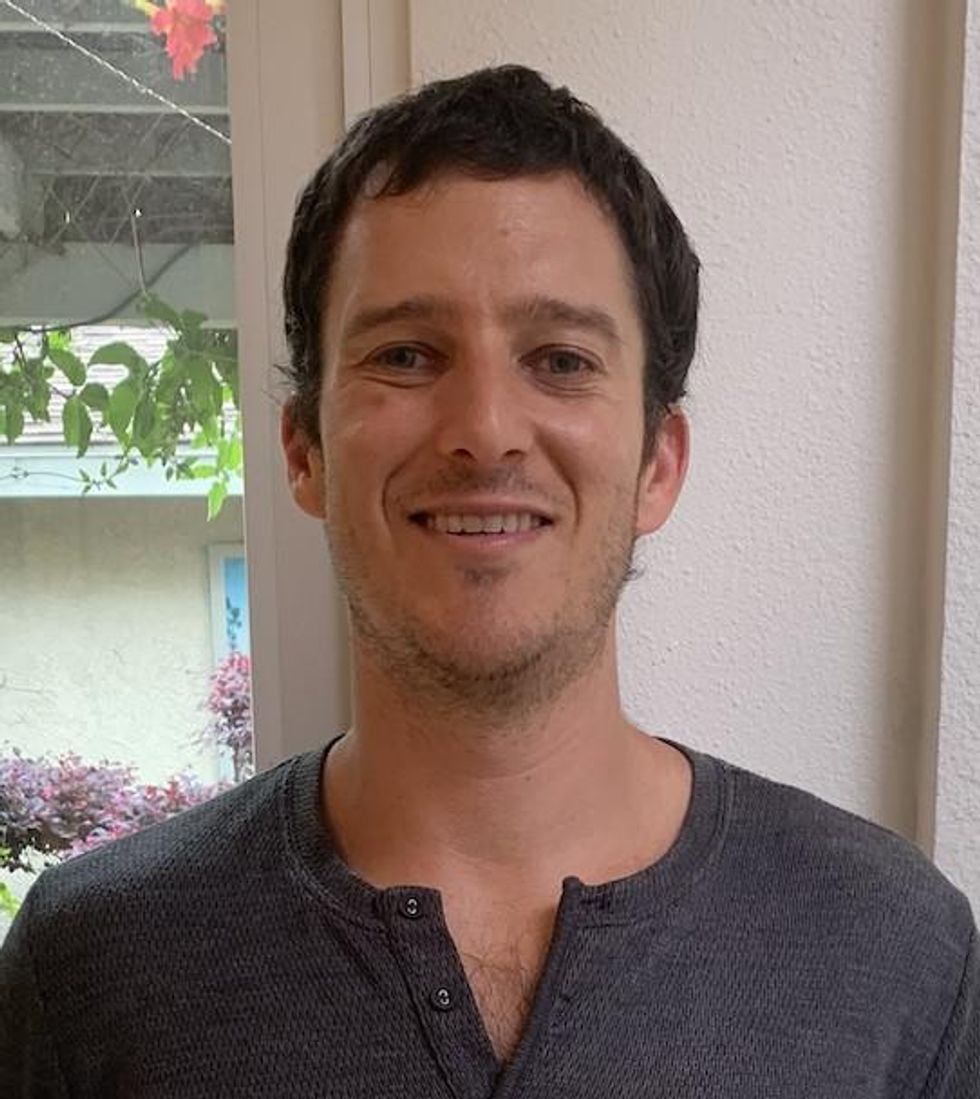 Josh Diamond founded Walkabout Ventures, a seed fund that primarily focuses on financial service startups. The firm raised a $ 10 million fund in 2019 and is preparing for its second fund. Among its 19 portfolio companies is HMBradley, which Diamond helped seed and recently raised $ 18 in a Series A round.

“The whole reason I started this is that I saw there was a gap in funding for early stage, financial service startups,” he said. As consumers demand more digital access and transparency, he said the market for financial services is transforming – and Los Angeles is rapidly becoming a hub for fintech companies. Before founding Walkabout, he was a principal for Clocktower Technology Ventures, another Los Angeles-based fund with a similar focus. 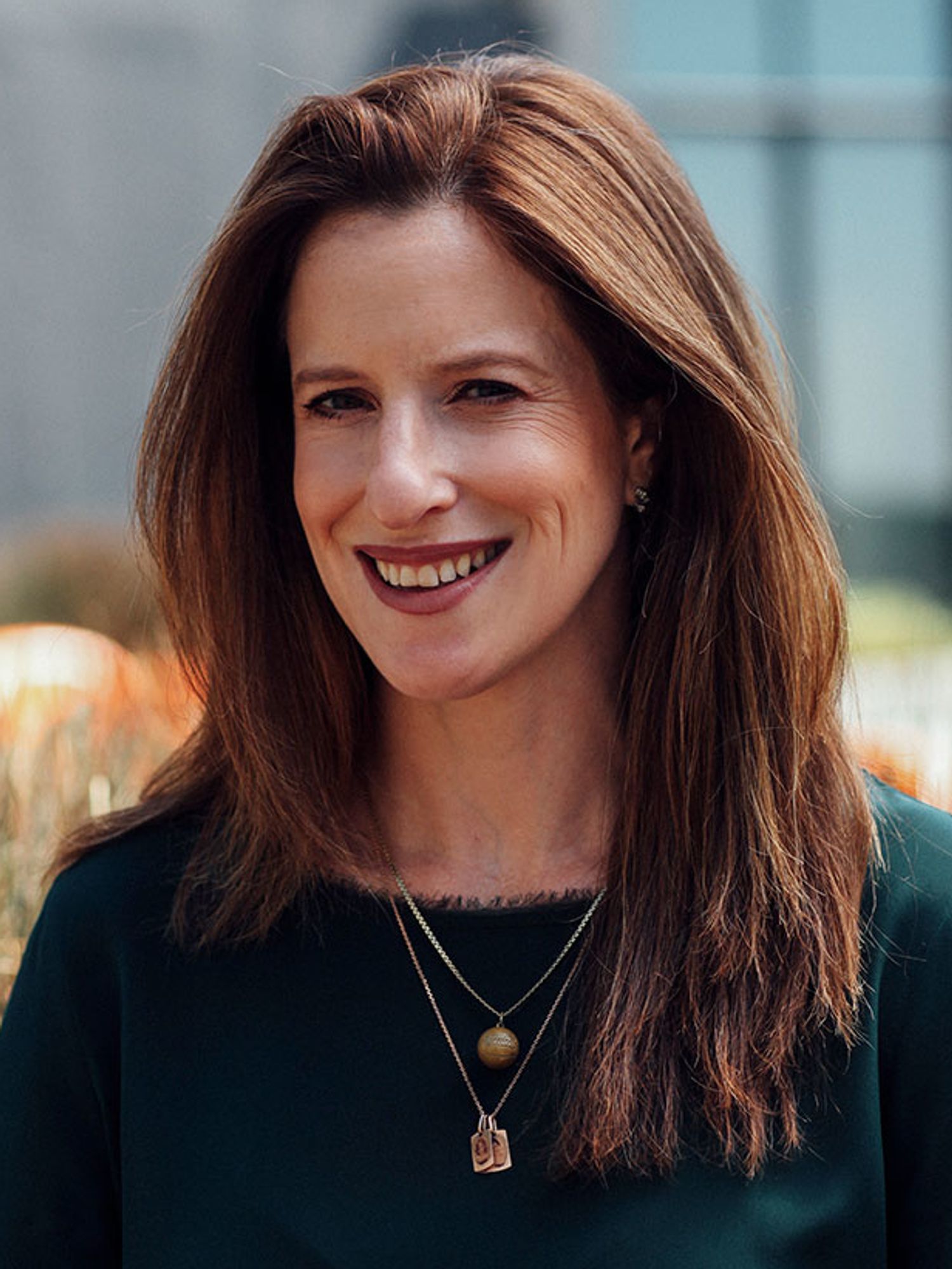 Kara Nortman was recently promoted to managing partner at Upfront Ventures, making her one of the few women – along with Settle – to ascend to the highest ranks of a major VC firm.

Though Upfront had attempted to recruit her before she joined in 2014, she had declined in order to start her own company, Moonfrye, a children’s ecommerce company that rebranded to PS XO and merged with Seedling. Upfront invested in the combination, and shortly after, Nortman joined the Upfront team.

Before founding Moonfrye, she was the SVP and General Manager of Urbanspoon and Citysearch at IAC after co-heading IAC’s M&A group.

In an interview with dot.LA earlier this year, she spoke on how a focus for her as a VC is to continue to open doors for founders and funders of various backgrounds.

“Once you’re a woman or a person of color in a VC firm, it’s making sure other talented people like you get hired, but also hiring people who aren’t totally like you. You have to make room for different kinds of people. “And how do you empower those people?” 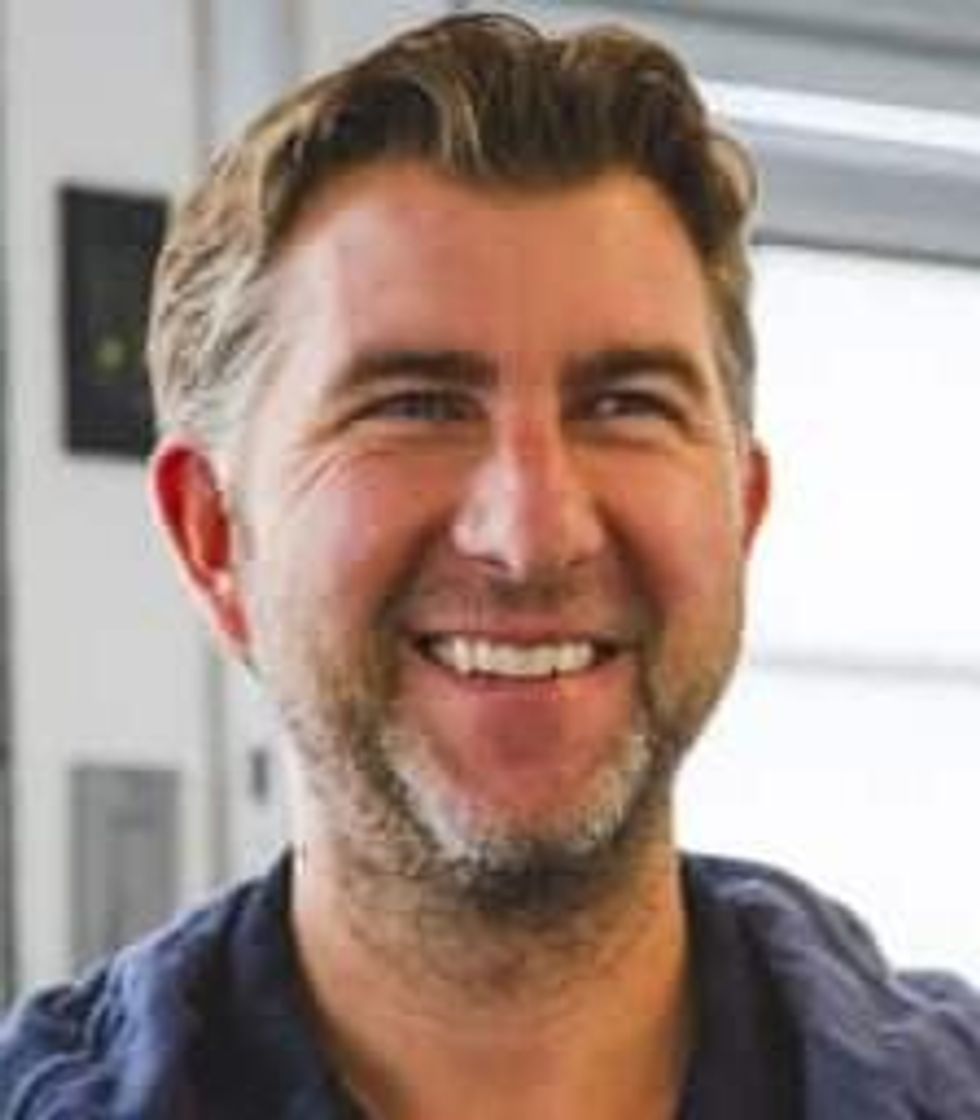 Brett Brewer is a co-founder and managing director of Crosscut Ventures. He has a long history in entrepreneurship, starting a “pencil selling business in 4th grade.” In 1998, he co-founded Intermix Media. Under their umbrella were online businesses like Myspace.com and Skilljam.com. After selling Intermix in 2005, he became president of Adknowledge.com.

Brewer founded the Santa Monica-based Crosscut in 2008 alongside Rick Smith and Brian Garrett. His advice to founders on Crosscut’s website reflects his experience: “Founders have to be prepared to pivot, restart, expect the unexpected, and make tough choices quickly … all in the same week! It’s not for the faint of heart, but after doing this for 20 years, you can spot the fire (and desire) from a mile away (or not). “ 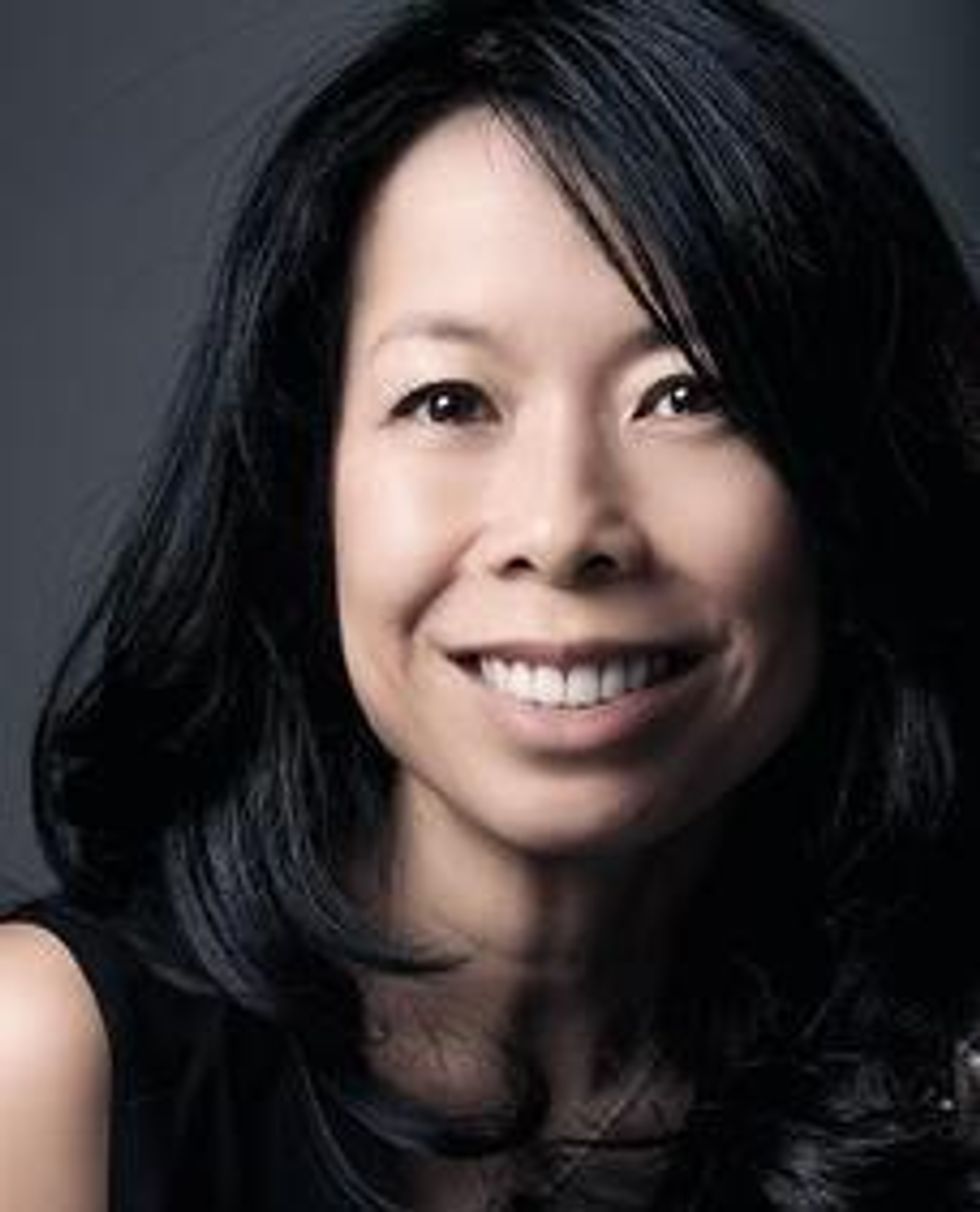 Eva Ho is a founding partner of Fika Ventures, a boutique seed fund, which focuses on data and artificial intelligence-enabled technologies. Prior to founding Fika, she was a founding partner at San Francisco-based Susa Ventures, another seed-stage fund with a similar focus. She is also a serial entrepreneur, most recently co-founding an LA location data provider, Factual. She also co-founded Navigating Cancer, a health startup, and is a founding member of All Raise, a nonprofit that supports and provides resources to female founders and funders.

In an interview with John Livesay shortly before founding Fika, Ho spoke to how her experience at Factual helped focus what she looks for in founders. “I always look for the why. A lot of people have the skills and the confidence and the experience, but they can’t convince me that they’re truly passionate about this. That’s the hard part – you can’t fake passion. “ 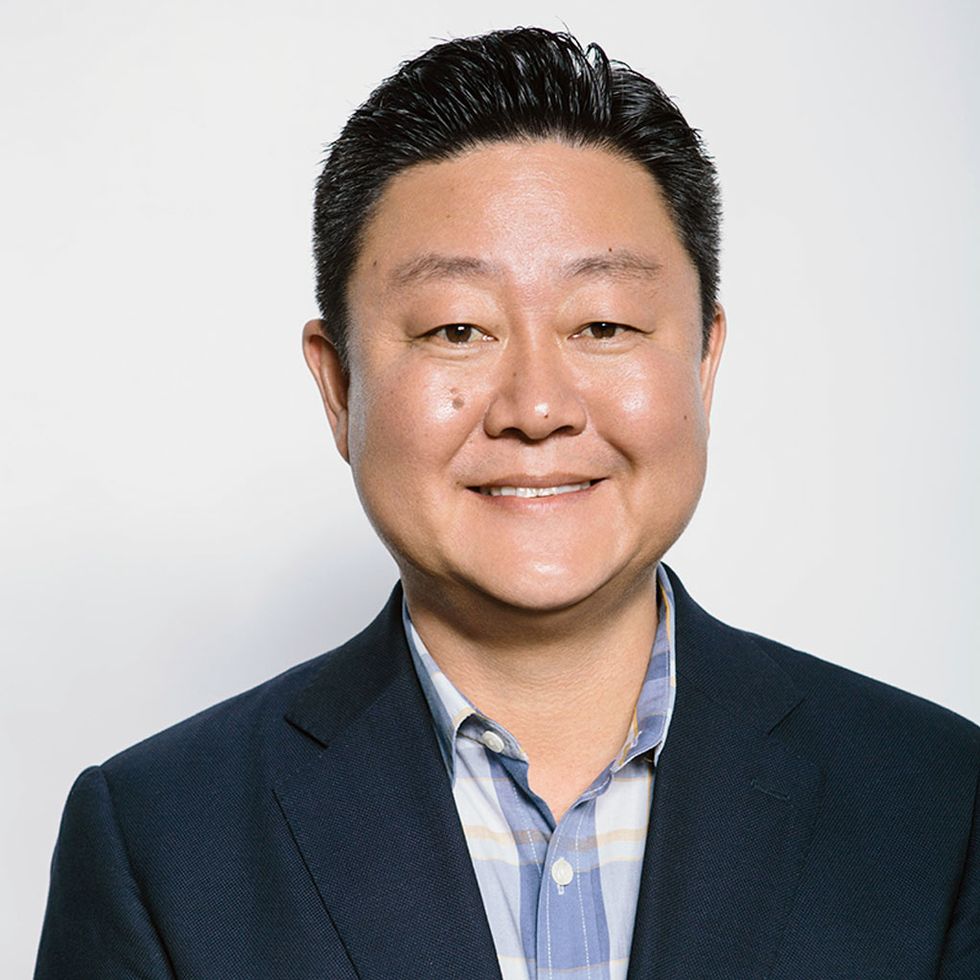 Brian Lee is a co-founder and managing director of BAM Ventures, an early-stage consumer-focused fund. In an interview with dot.LA earlier this year, Lee shared that he ended up being the first investor in Honey, which was bought by PayPal for $ 4 billion, through investing in founders and understanding their “vibe.”

“There’s certain criteria that we look for in founders, a proprietary kind of checklist that we go through to determine whether or not these are the founders that we want to back…. [Honey’s founders] knew exactly what they were building, and how they were going to get there. “

His eye for the right vibe in a founder is one gleaned from experience. Lee is a serial entrepreneur, founding LegalZoom.com, ShoeDazzle.com and The Honest Company. 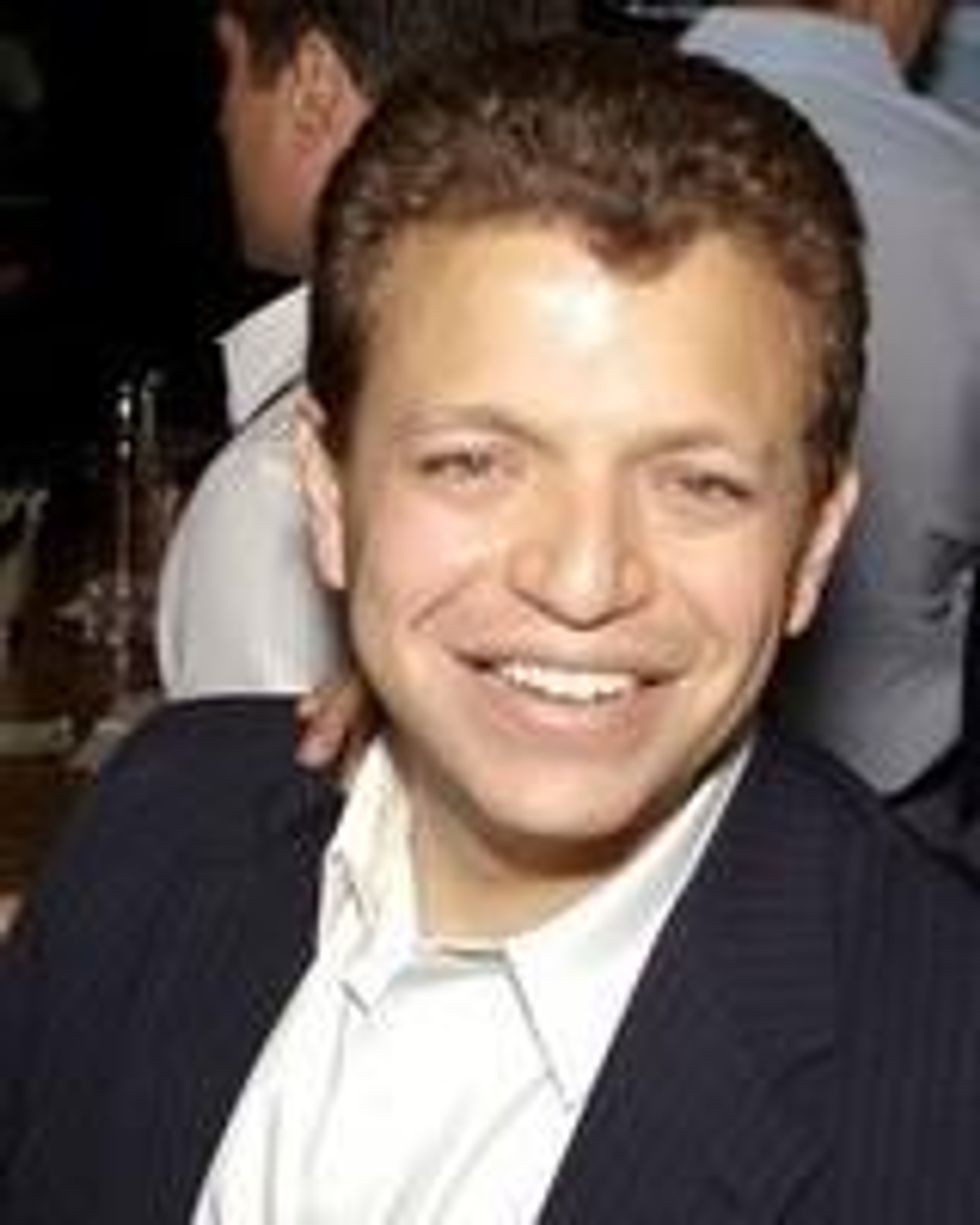 Alex Rubalcava is a founding partner of Stage Venture Partners, a seed venture capital firm that invests in emerging software technology for B2B markets. Prior to joining, he was an analyst at Santa Monica-based Anthem Venture Partners, an investor in early stage technology companies. It was his first job after graduating from Harvard, and during his time at Anthem the fund was part of Series A in companies like MySpace, TrueCar and Android.

He has served as a board member in several Los Angeles nonprofits and organizations like KIPP LA Schools and South Central Scholars. 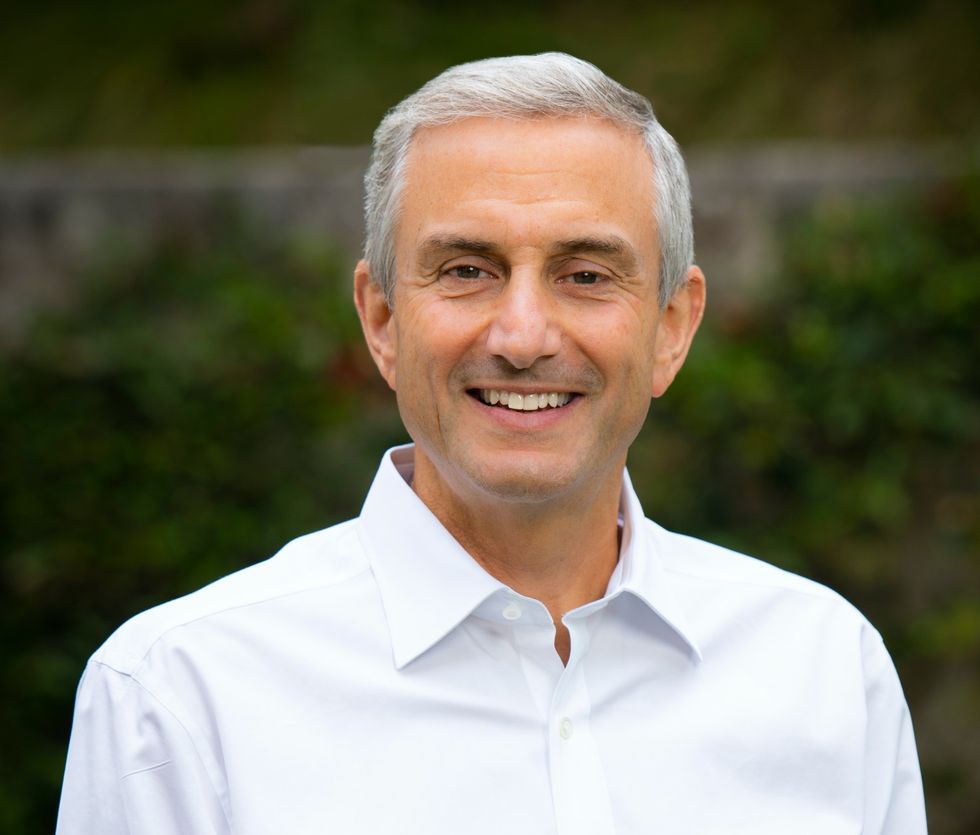 Mark Suster, managing partner at Upfront Ventures, is arguably LA’s most visible VC, frequently posting on Twitter and on his blog, not only about investing but also more personal topics like weight loss. In more normal years, he presides over LA’s biggest gathering of tech titans, the Upfront Summit. Before Upfront, he was the founder and chief executive officer of two software companies, BuildOnline and Koral, which was acquired by Salesforce. Upfront backed both of his companies, and eventually joined their team in 2007.

In a piece for his blog, “Both Sides of the Table,” Suster wrote about the importance of passion – not just for entrepreneurs and their businesses, but for the VCs that fund them as well.

“On reflection of the role that I want to play as a VC it ​​is clearly in the camp of passion. I really want to start my journeys only with people with whom I want to work closely with for the next 5–7 years or more .I only want to work on projects in which I believe can produce truly amazing change in an industry or in the world. “

From Your Site Articles

Related Articles Around the Web