If you are planning to upgrade your iPhone or MacBook, read this article till the end. Apple last week announced that it will be holding a special press event on March 8. While the company did not reveal what’s new coming, all signs pointing at the launch of a new iPhone, likely to be an upgraded iPhone SE. The company is also reportedly working on the next-generation iPad Air, a high-end Mac mini, an all-new 13-inch MacBook Pro, a new external display and more. If Apple announces these products tomorrow, they will start to hit retail shelves in the coming days. That’s why you should wait and avoid spending your money on an outdated Apple product.

So whether you are planning to purchase a new iPhone SE or looking for a replacement for the aging iPad, hold off until Apple refreshes its lineup.

It does seem like the third-generation iPhone SE could get some serious attention, though, even if the rumored “affordable budget iPhone” looks more or less the same. It is said that the next-generation iPhone SE will look like the last-generation model but with a possibility of 5G support and an ultra-fast A15 Bionic chipset. Tech insiders and analysts seem to agree that the new iPhone SE will see an iterative upgrade. Even then, the next iPhone SE could add a lot of value to those who want an iPhone at a slightly lower price point. Mind you, the iPhone SE has always been positioned as a “budget” option and so far Apple has refrained from calling it a “low-cost” iPhone. With the new iPhone SE landing soon, so unless you need to replace one urgently, best to hold off for the time being.

Talk of an upgraded iPad Air being announced during Tuesday’s event is a done deal. Don’t expect a major redesign this year since the iPad Air 4 got an iPad Pro-like design in late 2020. In fact, this year’s iPad Air could get minor upgrades to keep the popular iPad relevant in the premium tablet landscape. Improvements to the iPad Air 5 could include a faster A15 Bionic chipset, 5G support, a 12MP wide-angle lens, and a center stage camera feature for video calls. It’s not clear if the next iPad Air would get an OLED display as rumored for months. These hardware changes will make iPad Air a better device. Keep this in mind before you rush and buy the existing iPad Air 4.

The new Mac mini, which is rumored to be aimed at creative professionals, will replace the Intel-powered Mac mini. (Image credit: Apple)

With the transition to Apple silicon underway, days of an Intel-powered Mac mini are numbered. The Intel-powered Mac mini is rumored to be in line for a makeover, with Apple expected to show off a high-end model with its custom M1 Pro / Mac silicon at the much-hyped ‘Peek Performance’ event. Don’t be confused between the upcoming Mac mini and the existing M1 Mac mini which is Apple’s most affordable desktop computer in its Mac lineup. The M1 Mac mini was launched in 2020.

A new Mac mini with a brand new design and more ports, along with a faster processor would naturally fit the needs of professional users. So. it might be worthwhile holding out on buying one until we get a clearer idea of ​​how Apple wants to position the soon-to-be-announced Mac mini. We will have to wait and see if it arrives on March 8. 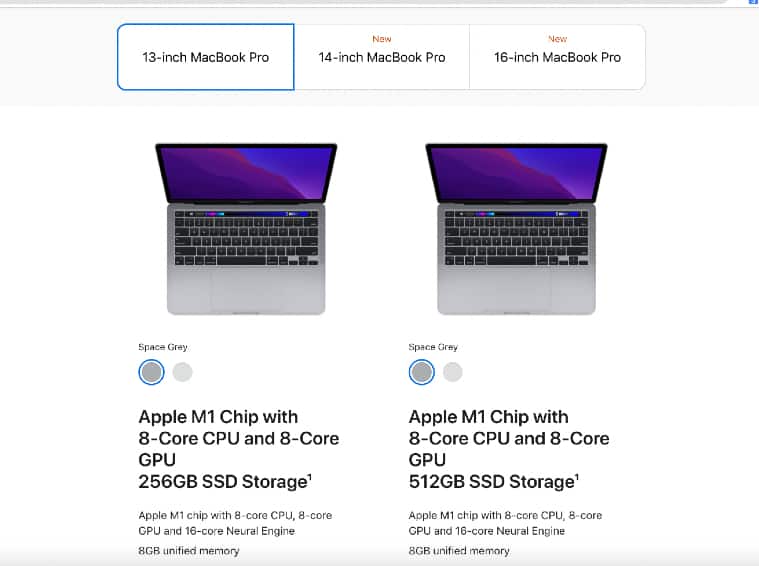 Unveiled in 2022, the 13-inch MacBook Pro with the M1 chip confused many users. (Image credit: Apple)