Durham, NC – The CEO of a Durham technology company is pushing for Congress to step in as its employees try to flee conflict in Ukraine.

The company, named Usability Dynamics, had seven engineers working at an office in Kharkiv, the second-largest city in Ukraine. As of Tuesday afternoon, reports indicated that Russian forces had encircled the city and possibly fired missiles into one of the city’s squares overnight.

“It’s like a zombie apocalypse, except it’s real,” said Eric Sopp, CEO of Usability Dynamics. “We don’t even know if our office is still there.”

The talented Ukrainian engineers that work for Sopp are key to a software used by more than 600 American colleges and universities, he said.

“I am concerned that some of the best engineers, that run critical US infrastructure that these guys contribute to, it’s been cut off,” he said.

Two of his employees have already fled to Poland and three others are hiding out in safe houses in western Ukraine, hundreds of miles away from home. Two employees are still trapped in Kharkiv – one is stuck in traffic and another is at the hospital with his wife who is dealing with complications after giving birth.

“He just sent me a message this morning and said, ‘I just dropped my wife and my baby off at the hospital and told them, I don’t know if I’ll see you again.’ That’s his reality, “Sopp said.

Along with being concerned over his employees’ safety, Sopp is also worried that his engineers will be forced to work for the Russian government because of their specific skills in programming.

“These are smart engineers that have basically built the internet as we know it,” he said. “We want them on our side.”

Following the invasion, the US saw an 800% increase in Russia-related cyber attacks, according to officials. 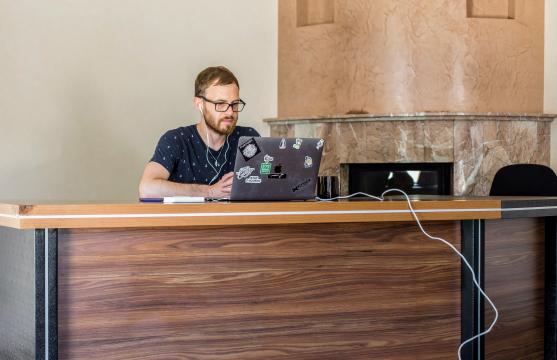 Sopp said engineers for thousands of other companies that support US infrastructure are based in Kharkiv.

He is petitioning the US Congress to streamline the process of getting these engineers visas.

“We need to get these smart engineers and their families out into the US because they are critical to what we do here,” he said.

Sopp said if the situation in Ukraine escalates, he will use his resources to make sure that the engineers’ wives and children out of the war zone.

After years of tension, tenacity of Russian government underestimated

Sopp said that his employees were not concerned in the days leading up to the invasion.

“They’ve been dealing with this for like eight years now,” he said. “This build up wasn’t really resonating with them.” 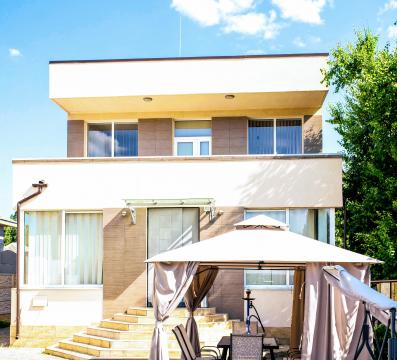 His employees are outraged at Russia as they watch their city be destroyed.

“It’s like Durham, it’s very modern,” he said. “They have nightclubs. They have coffee shops. They have wineries. ”