The team of 10 won a state title last month in Windsor and that has qualified them for the FTC or “First Tech Challenge” of Robotics World Championships.

GLASTONBURY, Conn. – They call themselves the “Armored Artemises” – an all-girls robotics team based in Glastonbury.

The team of 10 won a state title last month in Windsor and that has qualified them for the FTC or “First Tech Challenge” of Robotics World Championships in Houston on April 20-22.

The teammates range from 7th graders to 10th graders and all embrace their love of STEM.

“We wanted to find a space for girls to feel welcomed, to do robots because robots are cool,” said Harlow Ton-That, the team founder, and a current freshman at the Academy of Aerospace Sciences.

The robot team, named “Waddles 3.0” has been ever-evolving since the girls started building it in September.

“Being on an all-girls team I feel like everyone’s voice is heard and everyone gets a chance to try whatever they want,” said Bella Weidman, who is a Glastonbury High School freshman and team member on the Armored Artemises.

The team is currently working to perfect “Waddles” and raise money through a GoFundMe campaign for their upcoming trip to Houston where they will compete against some of the top robotics students in the World.

“Because of COVID, we couldn’t go to the worlds (last year), so we’re happy we can go this year,” 15-year-old Audra Becher, also a team founder, said.

To learn more about the team, their sponsors, and their GoFundMe campaign click here. 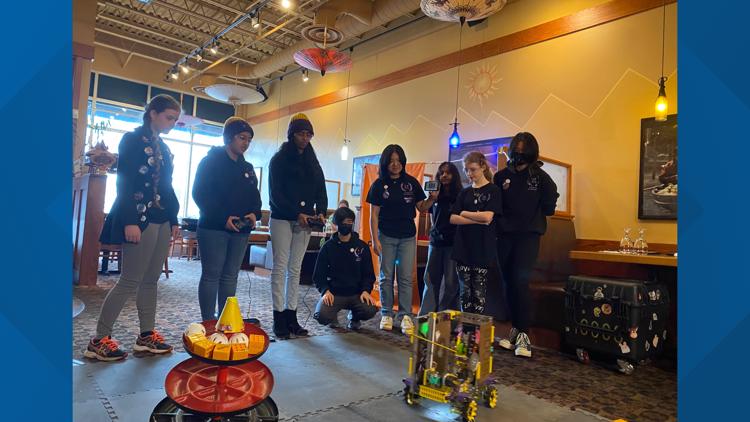 Have a story idea or something on your mind you want to share? We want to hear from you! Email us at newstips@fox61.com

HERE ARE MORE WAYS TO GET FOX61 NEWS

Stream Live on ROKU: Add the channel from the ROKU store or by searching FOX61.